San Shou literally means “free hand” and San Da “free fight”. San Shou is a martial sport that developed from the study and practice of traditional Kung Fu systems. It combines full contact, that comprises punches, kicks, wrestling, overthrows and in some competitions even elbows and knees. The last years in China Sanda fighting are conducted, where the fight was keep going on the floor for some time.

San Da games have a long history in China. It is known that such fights were conducted during Song dynasty (960-1279 AD) and also later during Ming dynasty (1368-1644). They were conducted on an elevated ring named “lei tai”. In the fights during that period, the opponents were free to use techniques from every Chinese Wushu style, whereas the rules were rudimentary and as a result many injuries were evident some of them fatal.
San Shou did not exist as an autonomous style, but instead was one of the Chinese martial arts components and usually it was taught in parallel to Taolu. To be more precise, practicing Wushu begins with Taolu, continuous with controlled contact and at its highest level with free fight (Sanda).
San Da in its modern form begins from the practice used by the Chinese army for the development of the fighting ability (Junshi Sanda).
It was a system of an unarmed combat designed by the Chinese military elite following the intense study of the traditional Chinese style fist, the American boxing, the Chinese wrestling (Shuai Jiao), the submission techniques (Chin Na) but also the modern theory of close combat, in order to develop a realistic system of unarmed combat for the army.
In Junshi, Sanda practicing was taking place in the four basic, since ancient years, directions of Wushu Ti/Da/Shuai/Na. In other words:
Ti – blows with foot and knees
Da – blows with fists, open palm, fingers, elbows, shoulders, forearms and the head.
Shuai – overthrows, throwing, sweeping.
Na – levers, locks, dislocations, strangulations e.t.c.
Initially, it was used from Kuomintang in the first modern military academy in Whampoa at the decade of 1920. Later on it was also approved as method from the People’s Liberation Army of China.
In 1979, when China overcame the sufferings of the “cultural revolution” an order was given by the government to further study and incorporate it to the athletic program of China in order to be developed further. Two years later, the first official boxing fights took place and it gained today’s racing form in 1989 where it joined the program of competitive sports.
After the development of Sanshou as a martial sport, certain restrictions were imposed for the safety of students. For example beating the back of the head, the spinal cord or the genitals was not permitted. Also, the fight is interrupted when the athletes fall on the ground. Sanshou fights are taking place on Lei Tai. Lei Tai is an elevated ring, with no railings or ropes, and the purpose of athletes, apart from the points they gain through the use of techniques, is to manage to throw the opponent outside Lei Tai.
This form of Sanshou is recognized by the  International Wushu Federation  and from the Greek Wushu Kung fu Federation and is included in the competitive program of the Panhellenic Championship.
Many clubs however have their rules where the fee fight is taking place without gloves and minimum protectors. Lately, a lighter form of Sashou has been developed, QinDa that mainly addresses to the students in the initial levels as well as athletes at younger ages.
Similar to Shuai Jiao (Chinese wrestling), San Da can be cultivated as an independent sport or combined with other Wushu styles.
In A.C. Kerameikos, we follow both ways. New athletes can follow training and participate in official Sanda competitions while all advanced students try the free fight in the context of learning traditional Wushu. 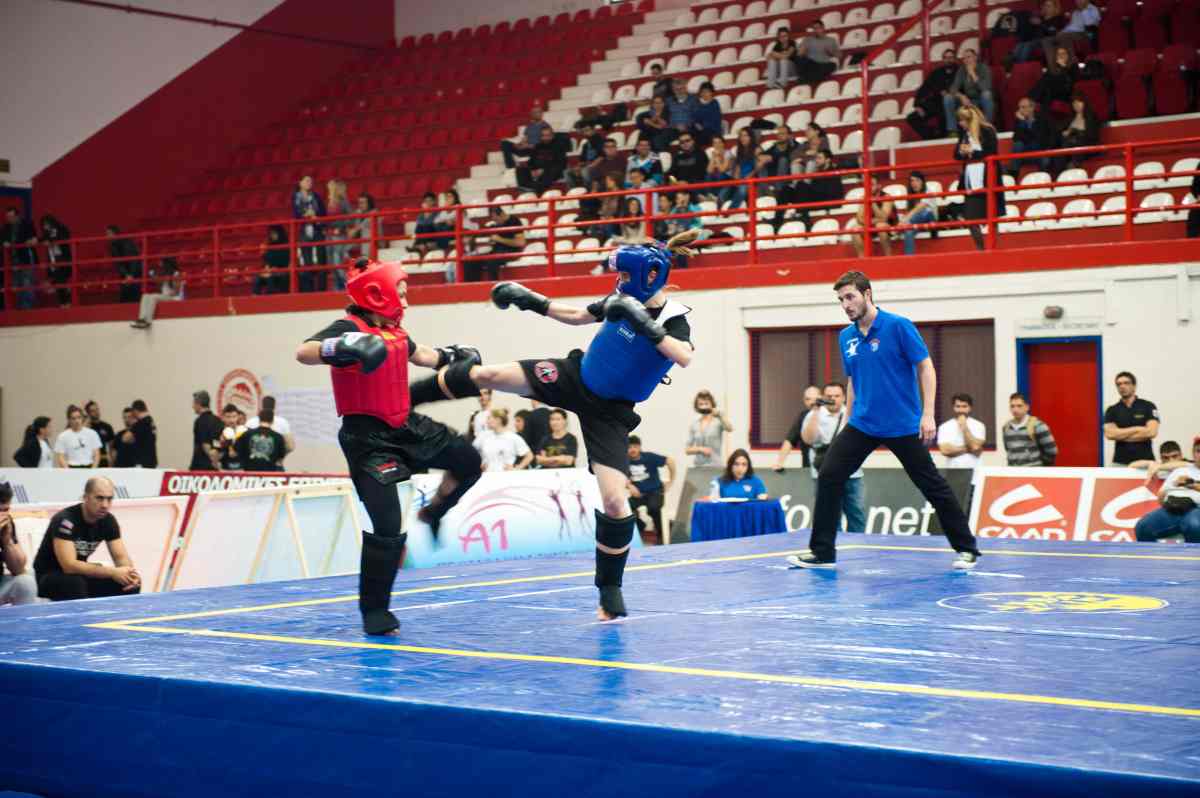 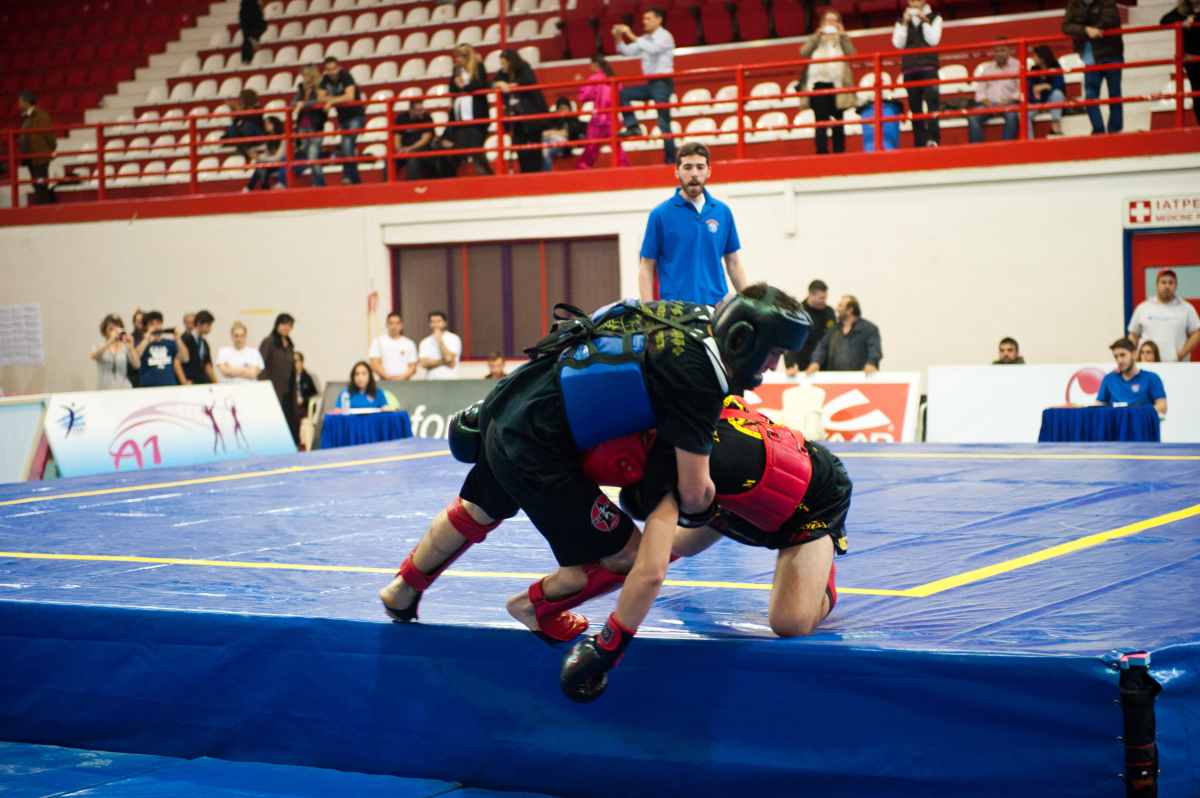